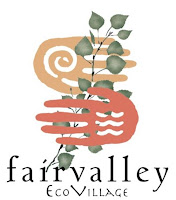 Mr. Petersen while concluding the meeting said: “I am not in a position to say Yay or Nay, but I can’t see a reason why we should not support this pioneering well presented project”.

The dignitaries met with Mr. Charles Back, the members of the executive committee of the Fair Valley Association and the project’s professional team. Mr. Back thanked the guests for taking the time and making the effort to visit Fairview and FairValley. He expressed his vision about genuinely empower the Fairview farm workers, by allowing them the opportunity to own their own homes and properties, regardless of their employment. “This is a voluntary process. No one is forced under any circumstances to leave the farm. Those who chose not to move to FairValley are most welcome to stay on the farm”, he said.

A presentation was given to the guests, by Ori Ilan, covering the main issues relating to the FairValley EcoVillage - background of the FVA, the acquiring of the land in 1997, the 11 years that had gone by without real outcome and the challenges that this project is still facing today. Ori emphasized the moral obligation to compensate the beneficiaries for the lost time, while their rights to own their own home on their own land were denied from them for so many reasons.

Ori also described the process of the last 4 months, through which the leaders of the association, along with a small team of professionals, reconstructed the development strategy into the current EcoVillage concept. He explained the holistic rationale and the advantages of the Eco-approach, which put together as a one whole - environmental benefits, sustainable physical development, community building and business/employment opportunities.

The Association pleaded the Municipality leaders to put the FairValley EcoVillage on the top of its priority list, to support the rezoning of the land and the installation of the Eco-friendly bulk services. The municipality is also expected to partner with the community building efforts and to provide its municipal services in due time.

Mr. Petersen concluded on behalf of the guests. He extended the Mayor’s apology for not been able to attend the meeting in the last moment. He praised the plans, emphasized the importance of farmers coming forward and become pro active in initiating housing projects for their farm workers. He said that out of 32,000 families waiting for houses within the Drakenstein Municipality boundaries, the farm workers are by far the most vulnerable sector being entirely dependent on the farms’ owners. He also said that 5,000 families are of professionals who fit exactly to the FairValley’s target market. He expressed his positive feelings about the FairValley EcoVillage and suggested that soon he will schedule a presentation of the project for the Mayoral Executive Committee. Mr. Petersen thanked the FVA committee members and Mr. Back for the invitation and the hospitality.

The meeting ended up at the "Goatshed" for lunch, where the guests and the FVA committee members had a chance to chat around the table and get to know each other better. Marlene Van der Berg discovered that she and councilor Sharon Davids are family – real blood line takes them to the same all-mighty-grandfather who had 12 children. Attie Adams, who happens to be related to the same grandfather, reunited with his teacher, councilor Petersen. The engineers, Neil Lyners and Mario Filippi had a chance to discuss some technical details with David Delaney and Ori Ilan. David assured the team that his department will process everything that in their hands – as fast as possible. There was a serious discussion about rugby at the Boland, led by the experienced councilor Petersen, who was trying to satisfy Ori’s fresh curiosity in the subject.
Posted by FairValley EcoVillage at 4:39 PM 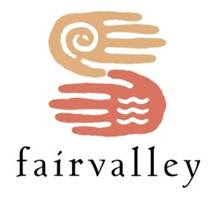